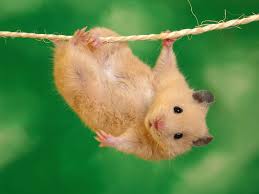 OK, you probably know this, already, but just in case you don’t: I love my blog. It’s young and small, but it’s growing into something of which I can be proud. I would say it’s like my third child, but honestly, it’s so much easier to deal with than either of my children or anyone else’s I know. It does what I tell it to do for one thing.

No: my blog is more like a pet. I love it and look after it. It’s kind to me in return. In fact, it reminds me a lot of the hamster I had when I was 13. He was called Lancelot. His successor was called Grimsdyke, and if you can work out the connection between their names I’ll be super-impressed with you! Where was I? Oh yes, basking in a tenuous metaphor. As I did with Lancelot, I tend to the blog in the day, make sure it’s clean and tidy and go to bed knowing it will do its own thing for 12 hours or so (although I must say that the blog keeps me up at night a lot less than that bloomin noisy hamster used to).

But it occurred to me as I woke up the other morning that my blog was in danger of ceasing to be the lovely Lancelot and turning into one of those poor class hamsters that get prodded and poked by reception children all year round and then looks all forlorn as the school holidays approach and no one wants to take him home. No one wants the class hamster to die on their watch. It happened to my friend once. It was not nice.

As I prepare to go on holiday with the Boos (for a whole two weeks – the first time we’ve done that since Sissyboo was born nearly 6 years ago and the second time in the almost 19 years The Grumposaur and I have been together), I’m worried about my little hamster, I mean blog, gasping its last while I’m away.

Because I’m a bit of a control freak/not very organised/feel my blog is intensely personal/am too shy to ask, I haven’t approached other guest bloggers to post on Premmeditations while I’m away. Nor have I done what I intended to do and written a load of posts in advance to schedule while we’re off in Devon. (I’ve been too busy burying myself with the Boos and burying myself with work so that I can go to Devon for that.) I managed two.

I could just draft posts on my phone – most of my posts start life that way – but I hope and suspect that there will be far fewer places to hide and secretly blog in the holiday cottage we’re renting than there are when I’m at home. And honestly, if I spend any more time in the bathroom, someone’s going to call 111.

So for the next couple of weeks, I’m going to see how things go. I am going to try to get a couple of posts up a week, including Good News Friday, and hope you lovely folks don’t desert me in the meantime. I really want this little hamster, I mean blog, to last the summer.

16 thoughts on “When My Blog Became the Class Hamster”