Twelve months ago, things were pretty bad. We were still months away from a cerebral palsy diagnosis (although we knew deep down that that was coming) but we were six weeks post-diagnosis for the infantile spasms Boo had developed. Our already fragile world was cracking before our eyes. The aggressive steroid course had worked, thank God, but Boo got horrific insomnia and so neither of us had slept for months. He had also become unrecognisable as the medication turned him into a bloated, moon-faced, cartoon-like version of himself. And my happy, beautiful determined boy had turned into a little monster, fighting the physical and emotional irritability the tablets induced.

As I’ve documented on the blog many times, I nearly lost my mind. I was severely depressed and had terrible panic attacks. Boo couldn’t flinch without my breathing stopping or my heart racing. Was this another seizure? Were they coming back? Would he regress further?

I remember taking Boo to a physio appointment in early February 2013 (the first we’d had since being released from hospital after the seizure treatment) where I broke down in front of our lovely physio. I hadn’t remembered driving to the hospital that morning. I was so tired that I could barely string a sentence together.

The physio stopped the appointment before it had started. Instead of asking me and Boo to show what he was up to as usual, she sat me down and spent the best part of an hour talking through what help I might need to access and who we might turn to for support. She emphasised how much I needed to look after myself, how I wasn’t going to be able to help Boo or his big sister if I allowed myself to collapse. I had to find solutions to make life more bearable. I left the appointment with a different kind of to-do list than I normally have. Instead of exercises, I had people to phone or email. Appointments to make for me. I felt horribly guilty that I had selfishly squandered Boo’s precious appointment. But I knew she was right. I had to find a way through this.

Twelve months on and things are very different. We had a physio appointment this Monday (we see the physio every two weeks). It was a good one. OK, Boo still isn’t doing things that a year ago I nightly pleaded to any god who would listen that he might, like sitting independently or rolling and crawling. But you know, that’s OK. He has made huge progress. And it’s all about the inchstones, not milestones, around here now. We spent a lot of time in the appointment on Monday laughing and joking and focusing on the good. On how far Boo has come.

Just before we left the appointment, the physio asked me a question: ‘I’ve got another Mum whose recently started seeing me with her little one. They don’t have a diagnosis yet, but cerebral palsy has been mentioned and it seems very likely the diagnosis will come with time. She really needs someone to talk to, someone who’s more used to all this and can give practical and emotional support. She’s not in a good place. Can I give her your mobile number?’ Without hesitating I said ‘Yes, of course’.

As I left the hospital, I started to wonder about this person, like I wonder about people who read this blog sometimes and the comments they leave or search term traces that appear on my stats page. I wished I had her number so I could call her now. And then I started to wonder how I had become the person the physio evidently thought I was. After all, only twelve months ago I was the one desperately needing help and struggling to come to terms with things. I was the one the professionals were worried about. Not Boo. And now, they think I’m someone who might be able to help others because I’ve overcome those hurdles. Because I’m in a much better place.

Really? The possibility stopped me in my tracks.

Of course, I’m not a different person. I am still the same thirty-something woman who sobbed her heart out to her son’s physio and pleaded for help. I still worry furiously about Boo. My horizon of expectation has shifted massively, yes, but I still hope deep down that all major cognitive and physical milestones are his for the taking, in his own way. I still think a crystal ball would be handy, so we can plan for whatever is ahead. And I still get afraid about the economic, emotional and physical challenges Boo will face as he grows up and how all of this affects his lovely big sister.

But I rarely feel the soul-rending desperation any more that nearly caused me to have a breakdown a year ago. In fact, I feel a great deal of hope now. I laugh a lot.

I don’t have all the answers, though. I have so much to learn and do learn so much from all the lovely folks I’ve met on Facebook and Twitter and through this blog. And yet I still mess up. I still get floored by things, often without any warning. I’m still me, it seems.

But the more I think about it, I suppose there is one big difference between the me of twelve months ago and the me now. I have to fight a lot for Boo: fight for support and services he is entitled to, fight prejudice and ignorance, policy, procedure and bureaucracy. It is exhausting and a more-than part-time job. But I rarely fight this life any more.

Acceptance is an easy word to trot out and a very hard thing to achieve, in my experience. I’m also not sure it’s the right word for me. I’m just not sure I accept our life, frankly. For one thing, ‘accept’ is a bit too passive a word for my liking. But I have accommodated myself to this life, for sure. It’s mine, for better or worse, and although it’s hard, the rewards are enormous.

So, maybe I have moved on, after all. I hope she phones. I hope I can help. 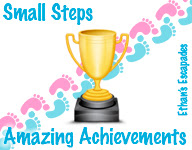 8 thoughts on “When Did I Become that Person?”