Two years ago, I woke up with the by now all too familiar feeling of excitement mixed with dread. I felt queasy.

Two years ago we got ready to go to the hospital. Again.

Two years ago I longed for the days I wouldn’t have to hit a buzzer to be permitted through a door to see my little boy.

Two years ago I walked the usual walk from the car park to the hospital entrance.

Two years ago I looked up from the ground floor to the first and gazed at the window where the blue lights were on.

I hoped you were OK. I hoped nothing unexpected had happened overnight.

My other hand was weighed down with things I hadn’t had to carry for a long time: a change bag and a car seat.

Two years ago we hit that bloody buzzer again. For the last time.

Two years ago you looked so big, though still so small.

Two years ago I crossed my fingers for the three hours it took for us to get the word.

That felt like ages, but we had waited so long already. Six whole weeks that felt like six long years. Because two years ago we learned that time can slow down to the point you feel it will never get moving again.

And then, two years ago and three hours later we finally got the nod.

As we walked to the door I kept waiting for someone to tell us it was a mistake. That they had changed their mind.

Two years ago you weighed the magic five pounds and had reached the equally magic 35 weeks gestation.

So two years ago our life was rebooted.

Two years ago we became the family of four we had longed to be.

Two years ago, Boo, you came home. Happy homecoming, gorgeous boy. We are so pleased you made it back to us. We will never be separated again. 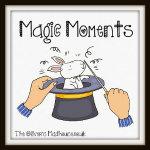 It’s been a long day. Heck, it’s been a long two years. And right now, I am exhausted after helping you unwrap all those pressies (you lucky boy) and doing a compressed half day at work, and organising a modest but lovely family tea party for you, me and your sister.

And because you are you and I am and me, I am tired for other reasons, too. Your birthday couldn’t just be cupcakes and confetti, could it? Instead, it involved a phonecall to social services and a visit to the opthamologist. It also involved getting you used to the Lycra garments you got yesterday (more on that soon). And then I finished your Blue Badge application and sobbed for 10 minutes.

You are two, little man.

They say the twos are terrible. And I admit that there is something terrible about you turning two. You see, for premmies, two is the magic number. The year you are supposed to outgrow your prematurity. Some do, of course. Many, even healthy ex-premmies, don’t. And why should they or you? You’re not supposed to be two. Not for months…

But you are two now, whether I believe it or not. And as a family we haven’t outgrown anything, except the life we had before having you.

And frankly, it will be terrible in June to have go to your two-year (corrected) review with your prematurity consultant, who has the bedside manner of Dr Crippen, and go through a list of all the things you cannot do. I dread that day. Even though it’s months away, like your birthday should be. I fully expect that review to be a terrible day, sweetened only by the fact that it means we will never have to see that consultant again.

But it isn’t terrible that you’re two. No: it’s a bloody miracle. As are you, Boo. You amaze me and inspire me every single day.

You have the kindest, gentlest yet most determined character. There’s nothing terrible about you. You are a marvel.

And while I have had wobbles today – moments when I recalled the intense pain of the contractions I couldn’t believe I was having two years ago, moments when I could smell the NICU, taste hospital food, hear the carcophony of the effing monitors, and feel all over again the pain of them taking you away from me and putting you in a plastic box that would keep you alive – I have mostly been incredibly happy. Happy not just that my baby lived – I never take that for granted – but that my baby turned out to be you. A little marvel. A big personality in a tiny body that doesn’t always do what you want it to.

Happy birthday, Boo. I love you.

Two years ago, right about now, I was having terrible Braxton Hicks contractions. I hadn’t had them with Sissyboo. I was told they were normal. I knew they could be. But I knew these weren’t.

Two years ago, I was really scared despite the excitement of having a new baby.

Two years ago, I tried to bury myself in other things (Sissyboo, work, planning for our new arrival) so as not to confront my suspicion that things weren’t OK.

Two years ago, I planned to make a note of my concerns and tell the midwife I would see in 3 days after changing GPs.

Two years ago, I was looking forward to my second midwife appointment in 28 weeks of pregnancy.

Two years ago, everything was different.

…Two years on and as I type this, I have tears in my eyes and the hairs on my neck are standing on end. I can’t quite unpack the emotions to tell you why this is happening. I am not sad, I know that. But I’m not happy either.

All I can tell you is how much I love my little boy and how grateful I am that he made it. And how anniversaries are terribly difficult things when your child is born prematurely, or ill, or disabled.

We’ve got some happy anniversaries coming up this year. My parents will be celebrating their 40th wedding anniversary next month, while The Grumposaur and I will have been together for two decades (!) in October.

People tell me it gets easier with time. But they also tell me that the bittersweet nature of many premmie anniversaries never quite goes away.

This year I wouldn’t say I’m more prepared for things. Who knows how or what I’ll feel this time around. But as I enter anniversary season this year, I am at least prepared to be unprepared. And I vow to try (because frankly, I am not very good at this) to be kind to myself and let myself off the hook if things get tough. If I need to cry. Or get cross. Or go and sit in a room on my own for 10 minutes.

Last year anniversary season started for me with Mother’s Day. I remembered so vividly that I could taste and smell the same day the year before. It was a day when I had finally started to look properly pregnant but still had months to go before my son’s birth. When we enjoyed a family day trip to Brighton. A day of excitement, of looking forward to a life that wouldn’t look as we’d expected when it eventually came just days (not months) later.

This year the season’s started earlier. Because this time last year I ran a half marathon. For Boo. For the charity Bliss. I know I did it. I have the pictures and medal to prove it. I ran 13.1 miles in 2 hours 11 minutes. I still can’t imagine how. Our lives were frankly horrendous back then. I was severely depressed, acutely sleep deprived. Boo’s epilepsy and repeated hospitalisations put a massive dent in training that was vital for me, a non-runner all my life. Heck, I was still breastfeeding.

Boo got me to the end of that run. His determination and mine for him. My gratitude to Bliss kept one foot in front of the other. My gratitude to those who had sponsored me ensured thekept moving. I wept buckets when I crossed the finish line. It was one of the hardest things I have ever done.

And now I am training for another half marathon in September. And the memories of last year are flooding back.  Of how tough things were. I have re-experienced the same dry mouth and damp palms as I ran back to our front door, hoping that my beautiful sleeping Boo (I almost always have to run at night) had not had a seizure while I was out and his Dad was looking after him.

I don’t like feeling that way again. It’s hard. So hard.

But those moments are fleeting. Mostly on my runs now I hear my daughter cheering me on at 10 miles and see my Dad’s tears. I feel good that I did that run in adverse circumstances. That I raised so much money.

And above all, I feel grateful that now is not then. I like to put a positive spin on things on the blog, but I’m always truthful. I would be a liar if I said life was easy. It’s bloody impossible some days. But it’s also very good and so much better than I could have hoped it would be this time last year. OK, Boo’s still not sitting for long, rolling or standing. But the gut wrenching fear is no longer the signature note of our lives. He is well. He is still seizure free. He is happy and thriving according to his own schedule.

Like all of the anniversaries we’ve had since Boo’s birth, this one has brought mixed emotions. But the good far outweighs the bad. I hope this is the way of things to come as we plunge into the season of remembering. If not, well I promise not to beat myself up about it.